Lorenzo Chiesa – The Feature of an Illusion: a New Reading 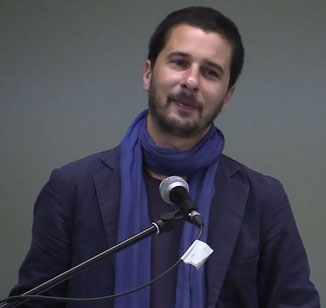 We have the pleasure to welcome Dr. Lorenzo Chiesa from Newcastle University who will be speaking about “The Feature of an Illusion: a New Reading”.

As usual, do not hesitate to join us for this exciting discussion that will take place Wednesday 18 March 4-6pm in room 1S03 (Art) of the Dalhousie Building at the University of Dundee.

Here is the abstract of the event:

Famously, in The Future of an Illusion, Freud claims that religion is an illusion. Far less famously, in the same context, he also specifies that illusions should be distinguished from delusions. The latter are manifestly in conflict with reality, and belong to the field of psychiatry. The former are indeed equally sustained by deep-seated subjective wishes but are not inevitably in conflict with reality. In between the lines, we are invited to rationally contemplate the hypothesis that religious ideas may not necessarily turn out to be delusional illusions.

Following on this premise, in my presentation I will propose a new reading of The Future of an Illusion by focusing on a – unacknowledged yet productive – tension in Freud’s arguments. On the one hand, Freud enthusiastically, and at times naively, anticipates the logical triumph of atheism. On the other, he persistently, albeit reluctantly, justifies agnosticism as more rational. This same tension also affects the role of science. At face value, Freud has almost unlimited faith in the progress of science, but his own arguments also powerfully expose its limits.

Lorenzo Chiesa is a philosopher who has published extensively on psychoanalysis, biopolitics, and Marxism. His works include Subjectivity and Otherness: A Philosophical Reading of Lacan (MIT Press, 2007); The Italian Difference (Re.press, 2009) (with Alberto Toscano); Italian Thought Today (Routledge, 2014); Lacan and Philosophy: The New Generation (Re.press, 2014); The Not-Two: Logic and God in Lacan (MIT Press, 2016); and The Virtual Point of Freedom (Northwestern University Press, 2016).