Christoph Menke : In the Shadow of the Constitution: The Crisis of Liberalism 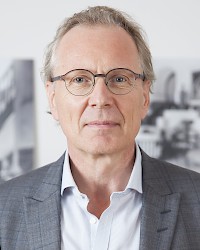 This Thursday, we have the pleasure of welcoming Christoph Menke (Frankfurt am Main, Germany), who will be giving a talk on “the Shadow of the Constitution: The Crisis of Liberalism”.

Liberalism is a theory and practice of public order which puts it on a completely different footing from all conceptions which precede it historically (and also those which oppose it). Liberalism is based on the fact of individual freedom; the freedom of the individual is considered by the public order a fact which it presupposes. But it is precisely in this that the crisis of liberalism is simultaneously rooted. To expose and deepen this crisis is the aim of its critique. This critique wants to show that liberalism is entangled in a dilemma. It presupposes freedom as if it were a fact and naturally given, but it cannot precisely therefore do nothing in order to bring it about and guarantee it with its own means, the means of liberal law. Due to this dilemma, the liberal order releases an expansive activity of government that no longer corresponds to the liberal form of law: in its shadow, liberal, constitutional politics produces an ever expanding activity of police. The liberal order permanently under- and surpasses itself. The talk wants to show that this critical observation has a bad and a good sense, just as the term ‘non-liberal’ has a bad and a good sense. For, the thesis that liberal politics, through its logic of presupposition, generates its own non-liberal opposite, has a disastrous, destructive as well as a transformative sense.

Christoph Menke is Professor of Philosophy at the Goethe-Universität, Frankfurt-am-Main. Among his previous appointments has been a stint at the New School.