Belief as Emotion in Cinema 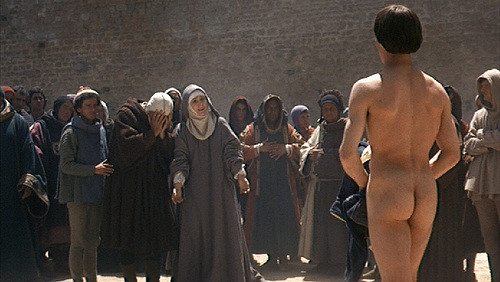 In his most developed discussion of film, the interview “Cinema and Its Ghosts” in 2001, Jacques Derrida says that, “There is an altogether singular mode of believing in cinema: a century ago, an unprecedented experience of belief was invented […]. At the movies, you believe without believing, but this believing without believing remains a believing.” Cinema allows an opportunity to experience belief without belief and this then enables us to consider how belief functions as an emotion rather than as an epistemological claim. I will discuss a number of films based on the life of St Francis of Assisi, particularly Franco Zeffirelli’s critically maligned but popular Brother Sun, Sister Moon (1972) to show that belief is presented as an emotional state in cinema. Emotions, in turn, are crucial to the problem of the paradox of fiction and I will show that we can solve the paradox by considering quasi-emotions, or false emotions (or emotions without emotion), as the foundation for what we imagine as real emotions. The logic of belief as an emotion, then, stands in for the logic of emotion as such and cinema does not so much emulate emotion as construct its possibility.

Dr David Sorfa is a Senior Lecturer in Film Studies at the University of Edinburgh and is managing editor of the journal Film-Philosophy. He has written on Michael Haneke, Jan Švankmajer and Czech cinema as well as a broad range of other film subjects. He has interests in film-philosophy, phenomenology, the work of Jacques Derrida and film adaptation. He thinks that Derrida is the new Deleuze.