Gregor Moder: To Be Or Not To Be: Lubitsch, Shakespeare and the Power of Theater 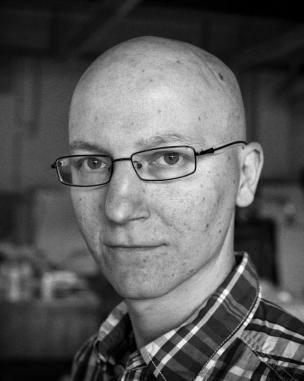 This Wednesday, we have the pleasure of welcoming Dr Gregor Moder from the University of Ljubljana who will be talking about “Lubitsch, Shakespeare and the Power of Theater”.

The talk will be held in room 2G12,  Dalhousie Building

Ernst Lubitsch’s To Be Or Not To Be (1942) was filmed during World War II, and takes place in the early period of the Nazi occupation of Poland. Yet the film focuses on the story of a theatre group, on actors, and on the metaphysical question of what makes up a convincing performance. Some early critics suggested that this is not the way to tackle a dire political situation, and that the portrayal of Nazis as humans, with their own sense of humor and theatre, was disrespectful to the plight of the Poles. This article, however, argues that Lubitsch’s film takes the position that political action and the metaphysical implications of a theatrical performance are not alternative procedures, but are rather closely linked to one another, and that in this respect, Lubitsch follows Shakespeare’s own staging of power. This argument is pursued, firstly, in the analysis of the series of Shylock monologues (“Hath not a Jew eyes?”) in the film, focusing on the hyper-theatricality of each repetition. Secondly, the paper analyzes the series of encounters between two main characters, the Nazi Colonel Ehrhardt and the Polish actor Joseph Tura, especially their last encounter. The author compares the encounter between Ehrhardt and Tura to the Mousetrap scene in Hamlet and argues that it functions as the primal scene – in the Freudian meaning of the term – of the film as such. Their encounter is comical, yet at the same time both politically and metaphysically completely serious: the film shows us two visions of Hamlet, and with that, two visions of modernity, embodied in a Nazi Colonel and a Polish actor. The film seems to suggest that there is no defeating Nazism without a thorough understanding of the theatricality of power as such – a Shakespearean lesson that is no less important for our contemporary conjuncture.

Gregor Moder received a PhD in philosophy from the University of Ljubljana (2009) where he works now as assistant professor in the Department of Philosophy of the Faculty of Arts. His research interests include early modern and modern philosophy (especially German Idealism), the critique of ideology, social and political philosophy, and philosophy of art (cinema, literature and theatre).